Jewish ethics is the moral code upon which the Jewish religion and Jewish people are based on. Ethical traditions are found all throughout the Torah and all aspects of Jewish law, customs, rituals and observances.

Kindness is a concept that is integral to Judaism and is a vital quality that is taught and practiced from the youngest age and all throughout life. Kindness and charity are upheld as some of the most vital aspects of one’s Jewishness and being.

Jewish law, literature and instruction is littered with Kindness and goodness being the governing principles behind all morals, lessons, teachings and basis for decision making.  It is a guiding principle and moral characteristic.

Empathy and support of others are fundamental and sacred to Jewish life. The belief that G-d expects acts of kindness dominate Jewish everyday life. This is seen as an act of faith towards G-d. The Rabbis of the Talmud considered this to be one of the three distinguishing marks of a Jew – human beings whose main trait is that of kindness.

It is believed that the world would not have endured without Kindness and benevolence.

Kindness is not merely a voluntary character trait that may be more abundant in some than others, in Judaism kindness is an actual set of laws and duties which are mandated to the Jews which are acts of benevolence in action.

Benevolence, kindness and charity are to be practiced every hour of every day with or without demand and to be directed to everybody in the world. It is an obligation which is unlimited in its capacity and is never finished.

Since the very beginning of CBDChabad Sydney, we have been distributing care and food packages to those experiencing crisis, low-income households, new mothers, people suffering from ill health, elderly and many many more.

In more recent times, due to the covid 19 pandemic this service has increased to include those in isolation, the elderly, people who suddenly find themselves in financial strain and so many more in this community who are in need of the packages filled with food supplies, hygiene products & frozen meals.

So many people can no longer partake in communal celebrations for Shabbat and Yomim Tovim, and CBDChabad is here with our food packages specifically created to aid people in being able to carry out their Shabbat or Yom Tov celebrations at home.

With thanks to Our Big Kitchen, Foodbank NSW & ACT, The Bagel Co. Rose Bay, JEMs, Haim Ayalon and all of our Sponsors we are able to continue to run this vital program.

If you wish to help us continue to do our work for the community, please consider becoming one of our treasured sponsors.

Details on how to do so can be found on our sponsorship page. 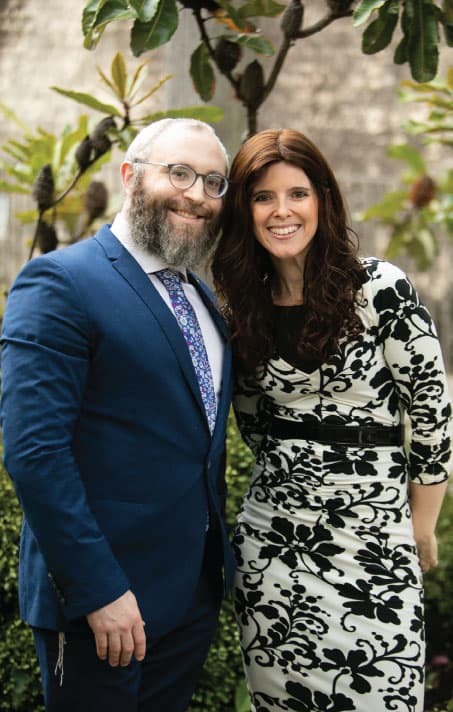